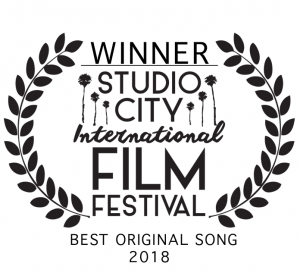 I few years ago, I got an email from the producer, Michael saying that he wanted to use one of my songs in the film. In the end, there are a few Zack David tunes in the film, which is a fantastic romantic comedy that’s witty, timely, fun, smart and so much more, by the way. Yumi and I were able to go to the screening of the film during the Studio City Festival.

If you’d like to see the trailer to the film, but you were too shy to click the link above, here’s your second chance, right HERE. The ZD song “Map to Heaven” shows at about 1:34.

It was so fun to be a part of this film…heck, I even make a cameo and a half. Michael and his wife, Erika (co-producer, co-awesome person) made a trip to Encinitas to film me performing an instrumental that shows up as the background music in a section of the film. This has all inspired me to record a new album (new post on that coming in a week or a month or two…or three) and also to explore even more avenues as a 21st-century working musician.

I’m blessed to have had the musical genius of Ciera DeSilva and Xhio G. Tasson as fellow musicians on a couple of the tracks that made it onto the film – “Being No One” featuring Ciera’s beautifully expressive violin and “Map to Heaven” featuring Ciera again as well as Xhio’s driving cajon rhythm. These songs are both a part of my 2015 ep entitled ReBelieve. This was recorded in my tiny (so tiny) apartment in Chiclayo, Peru while I was finishing up my service in the Peace Corps (the second of two EPs recorded there with those two fellow musicians). Equipment included a counterfeit Shure SM58 mic, a hanger with a sock stretched around it as a microphone pop filter and, a few instruments and…yea, that’s it. It’s always fun to chronicle a time in your life through the power of music creation or film.

Well, this is getting wordy, but I’m excited about what the future holds…so excited that I’m finally updating you here after 9 months without posting. Before I go, my first full-length album in forever will be released some time in April (next month!). The album entitled “To: Mom” will include 10+ songs that I’ve written between 2008(ish) and well, yesterday. Stay tuned.

As always, thanks for your support and enjoy the day!

1️⃣1️⃣ Apparently “outro” isn’t a wo

🔟You are NOT ALONE! Now maybe more than ever ma

9️⃣Fun fact: I was listening to this song in m

8️⃣ “I Hope” is one of two instrumentals o